An Historic Hidden Gem In Sussex

Michelham Priory House & Gardens is an historic gem of a location for filmmakers and photographers, offering a moat, timber-frame barn, watermill, blacksmith’s forge, impressive medieval gate house and gardens, and a Tudor priory.
This eccentric property is an easy-to-manage film location with a hard-stand suitable for an on-site unit base. The variety in textures and scenic backdrops makes it equally appealing to fashion photographers.
An impressive entrance
You enter the seven-acre ‘island’, which is encircled by the longest continual moat in the UK, by passing through a rather intimidating medieval stone gatehouse and crossing the moat on a stone bridge. Close to the entrance is an old watermill. 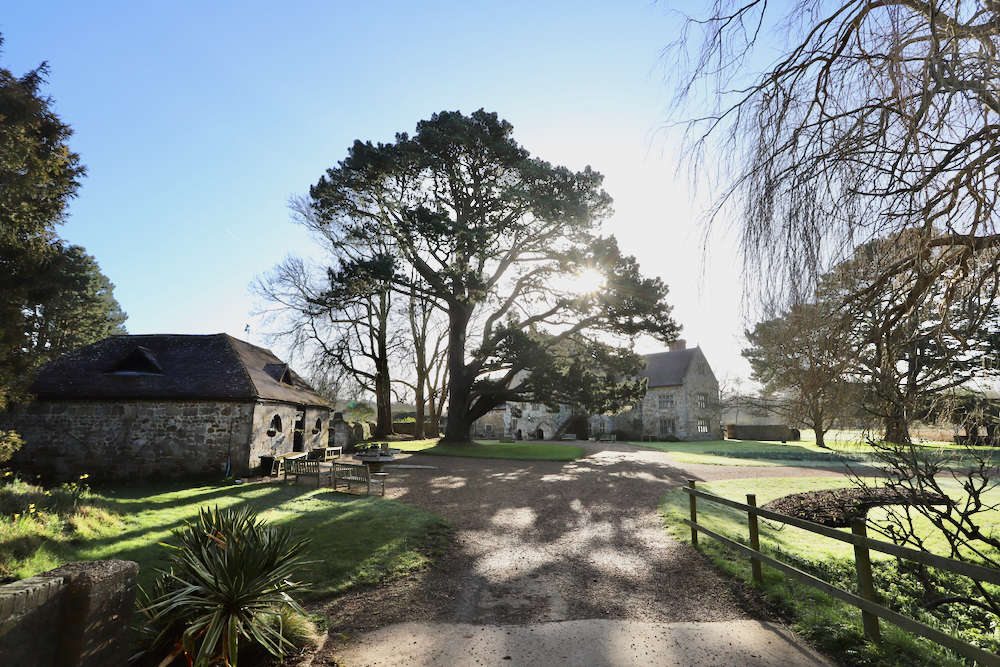 The Tudor Priory
One of a number of historic locations in Sussex managed by Sussex Past, Michelham Priory House & Gardens dates back to the Tudor times. The sandstone house with broad red-brick chimney stacks, a red-clay tiled roof and mullioned stone windows, has rooms and interior features that span the centuries from the Tudor times up until the World War II era. 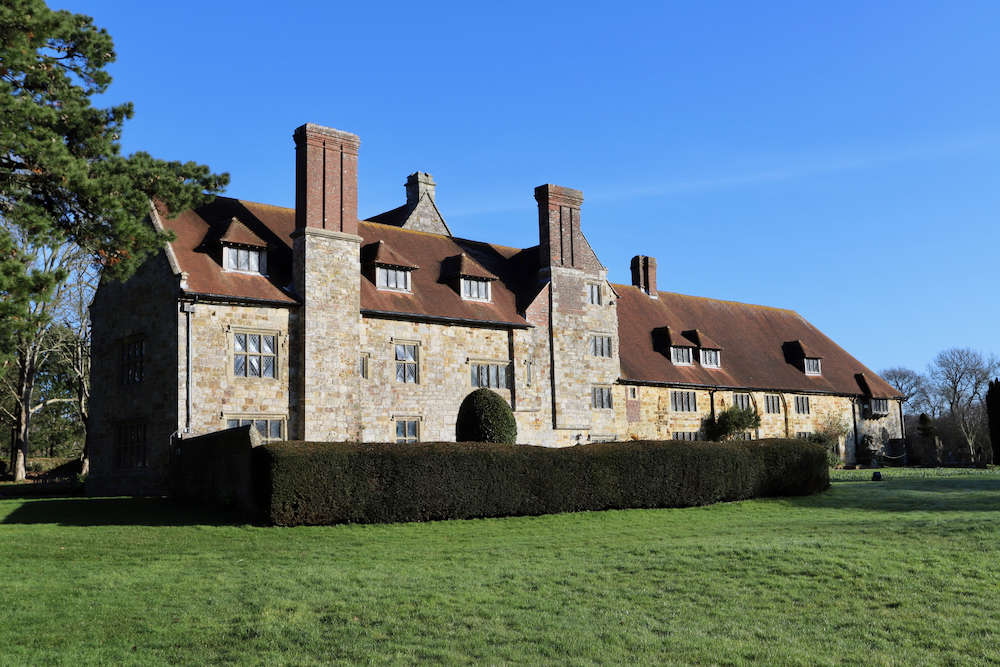 Inside, wood panelling and dark timber beams alternate with white-washed stone and exposed brick and stonework. The curved white vaults in the entrance are particularly striking. 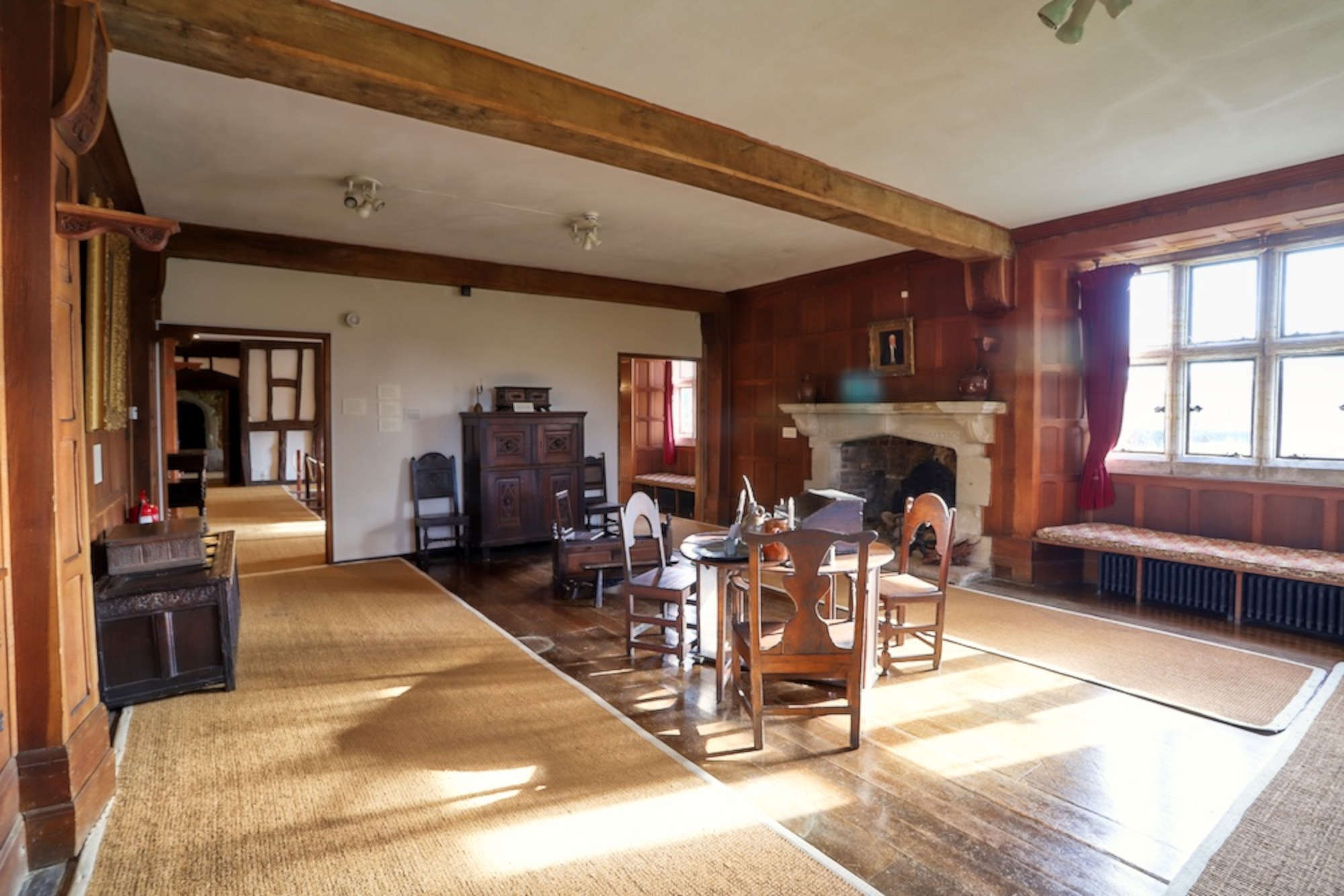 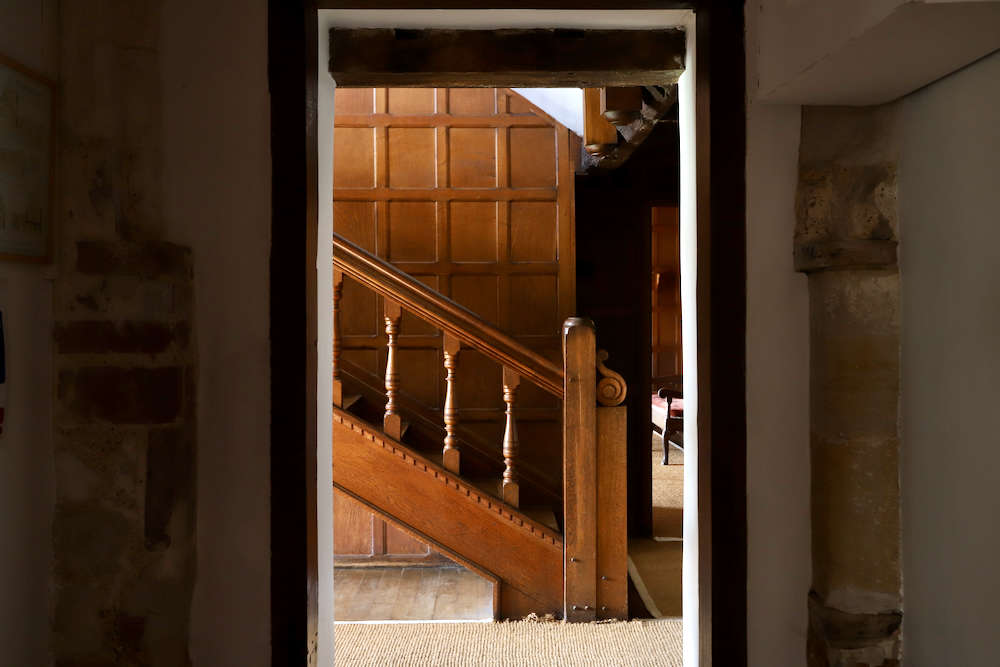 Michelham Priory Gardens includes a kitchen garden, a physic garden and recreated mediaeval herb gardens. In the spring there are stands of daffodils and beds of tulips, as well as a wisteria walkway, while in summer the flower beds are rich in colour and texture, with stands of irises and roses.

The mediaeval moat, which meanders around the property, opens up into some wide expanses of water which reflect the surroundings beautifully.  In certain sections of the gardens, yew hedges create ‘garden rooms’.

The footbridges across the moat and sculptural oaks that will delight anyone with a creative eye. 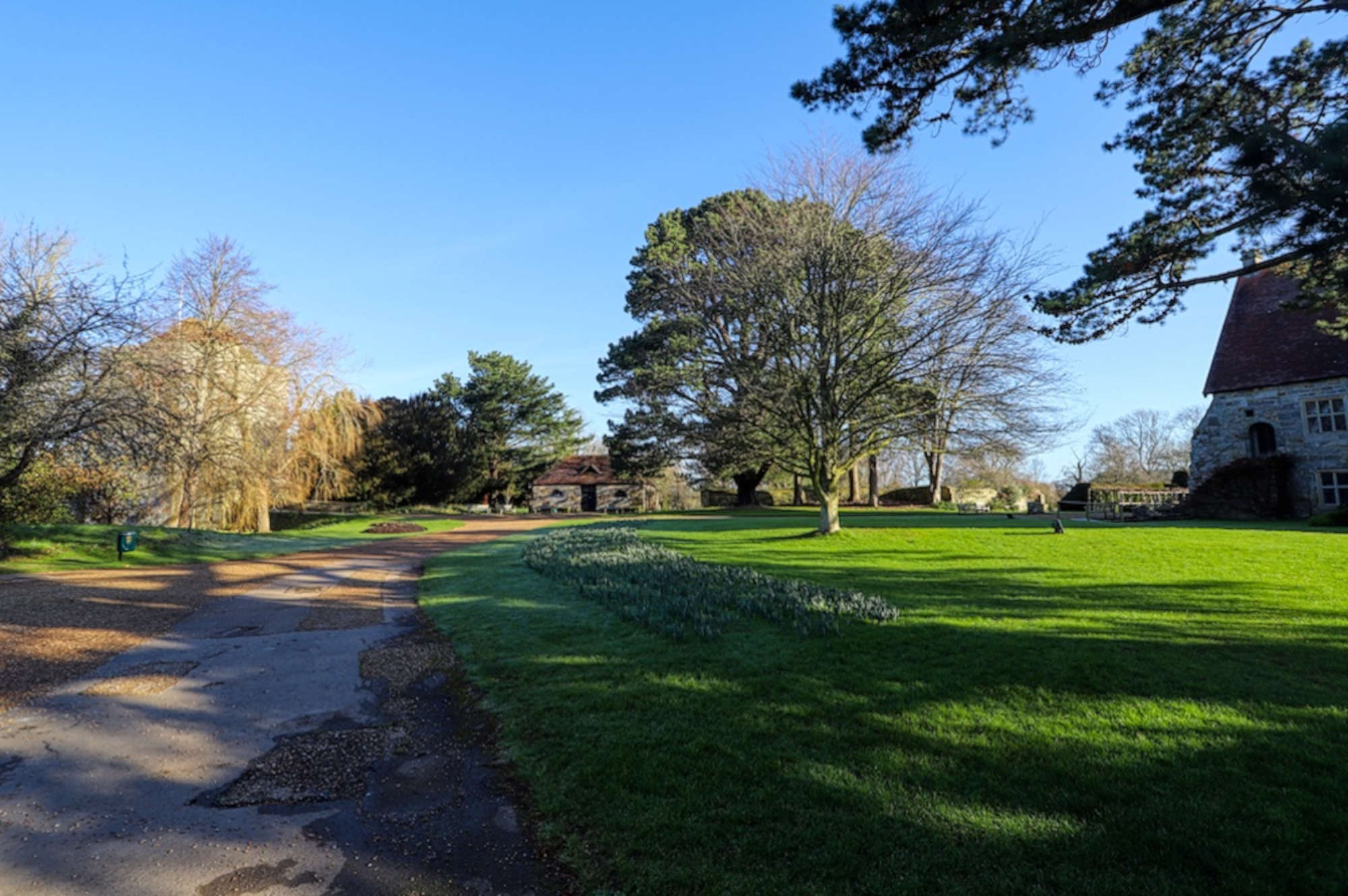 A forge, watermill, carriages and barn

As it is also a museum, Michelham Priory has a number of well-preserved historic features, including a great timber-frame barn, an old watermill, a blacksmith’s forge and a collection of antique horse carriages. 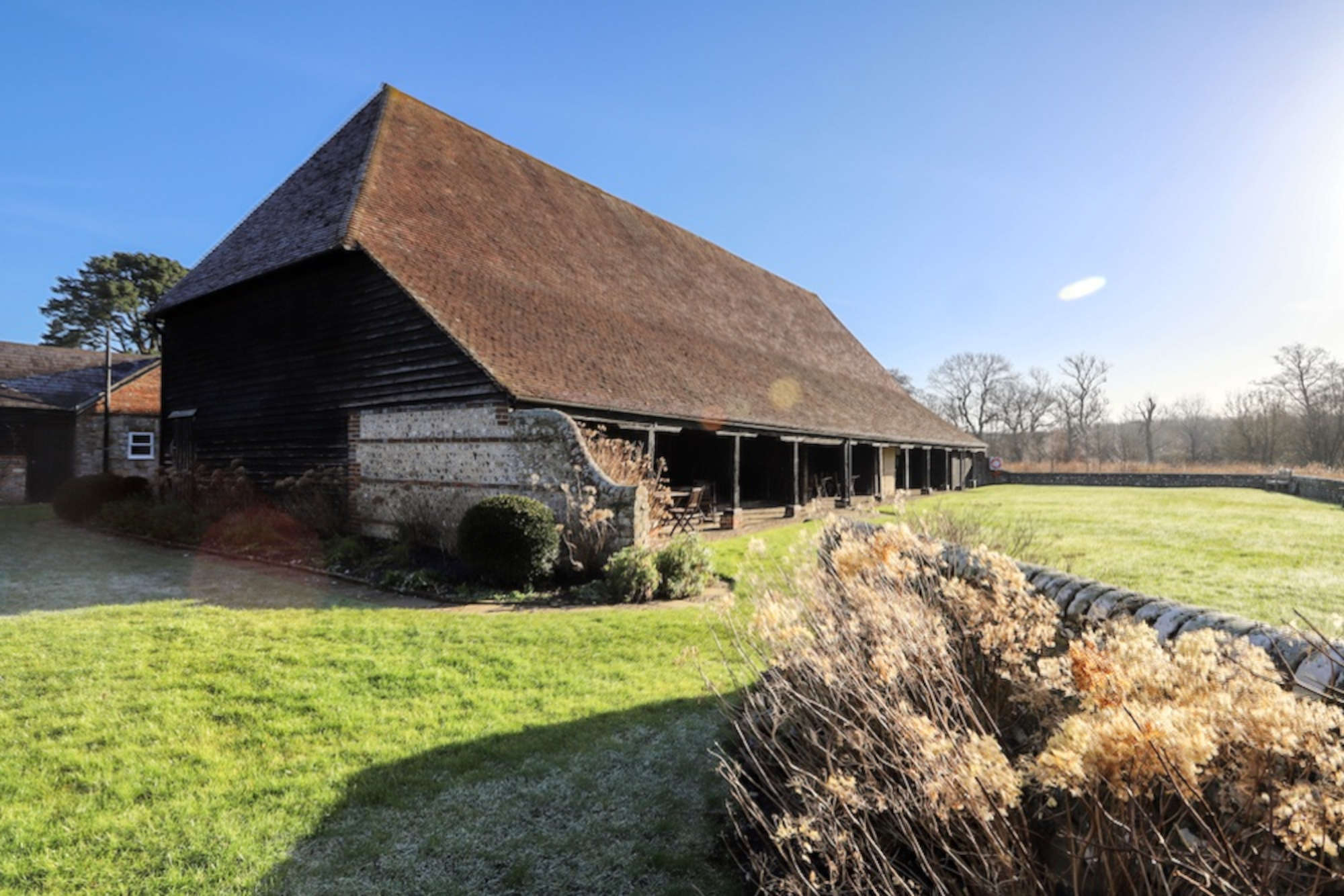 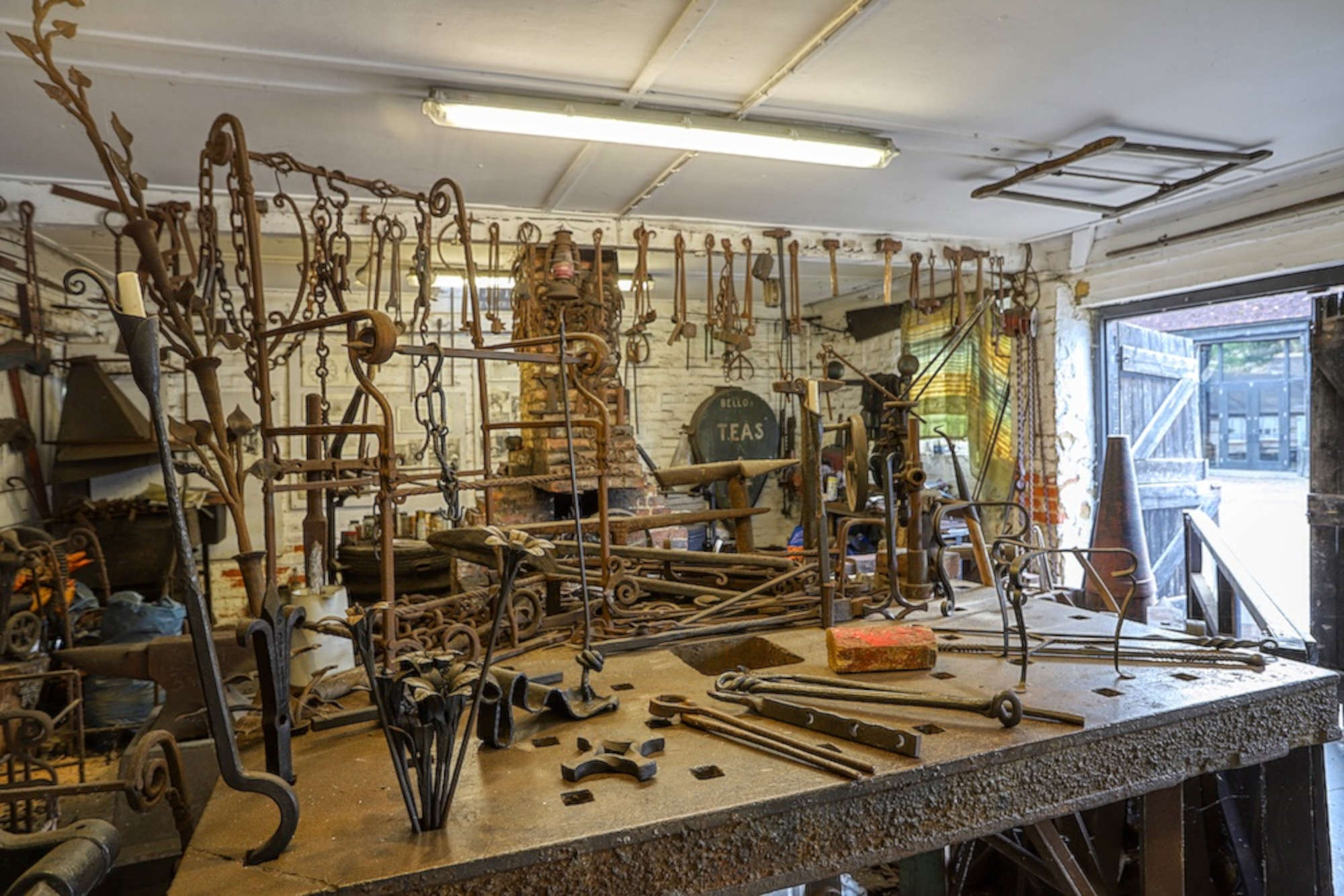 Have any questions about filming or photographic shoots at Michelham Priory & Gardens, or want to arrange a recce?
Email us or phone on 01903 885379 and speak to John or another member of the team directly.
This website uses cookies as explained in our Privacy Policy.