Sussex has many iconic historic film locations that many viewers are very familiar with, but if you’re looking for unusual historic locations to film or photograph in Sussex, Sussex Past has an intriguing portfolio of historic sites and properties to consider, from the remains of a Roman palace to a Norman castle.
Sussex Past has partnered with the Sussex Film Office to make it easy to get the information you need and arrange a permit for any of their historic locations.
Marlipins Museum
Our location manager’s summary: “Marlipins is a brilliant resource for research and filming for anyone making a documentary on the area, or the British maritime, air or film industries.” 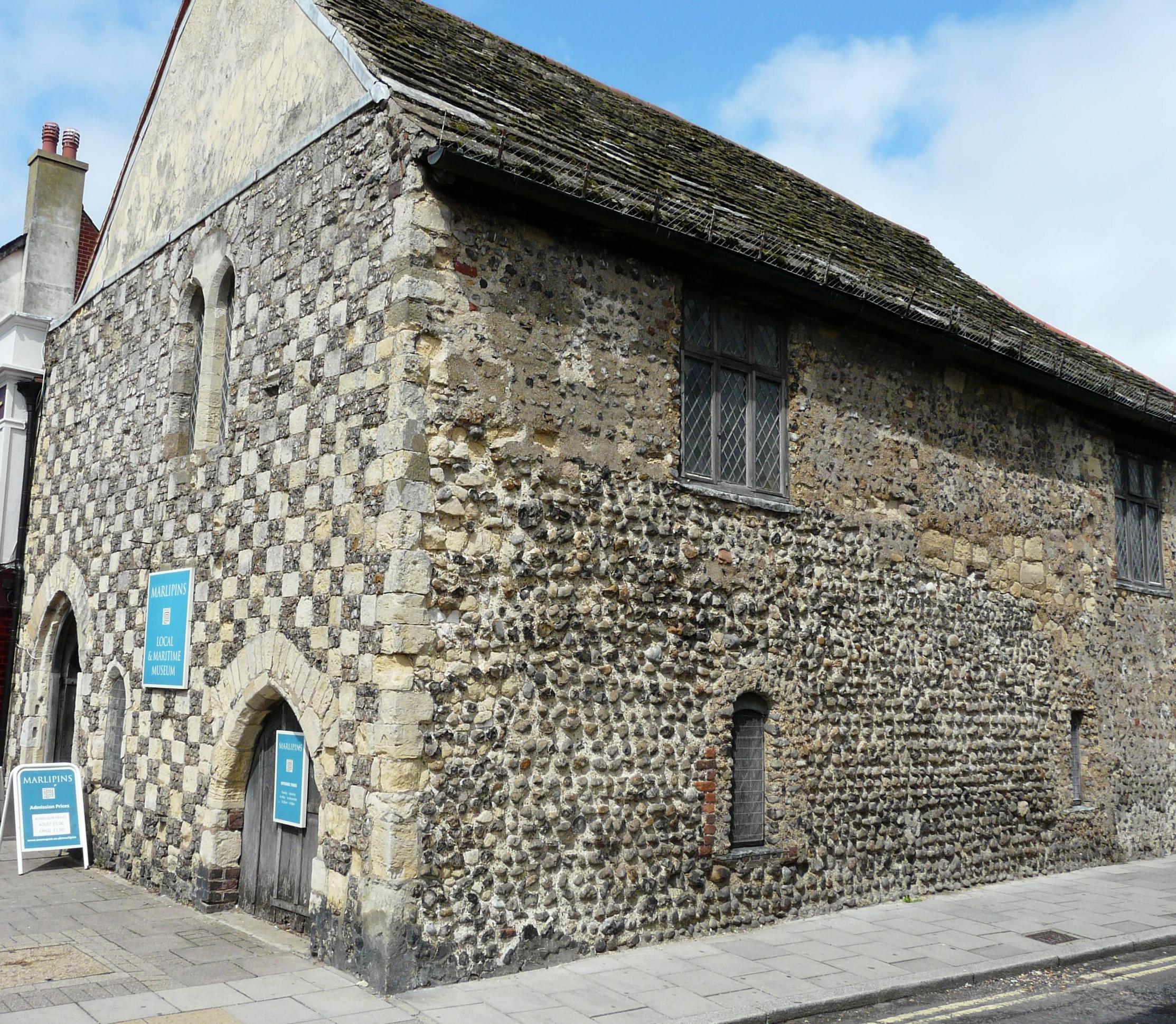 This small 12th-century Norman building in Shoreham-by-Sea has a highly unusual flint-and-limestone chequerboard exterior. Inside it houses a small museum focused on the maritime industry, particularly Shoreham Port, which has a long and intriguing history. It also features other historic local events, such as the start of the British film industry which flourished in the excellent light in Shoreham, and the first recorded cargo flight from Shoreham airport in 1911.
See more images of the Marlipins Museum
Lewes Castle & Barbican House Museum
Our location manager’s summary: “From the tower of this Norman Castle you get amazing panoramic views of Lewes and the Sussex countryside. The parapet walls, winding stone staircases as well as history and artefacts make this a good place for historic filming or photoshoots. Although there’s no on-site parking, there are options nearby.” 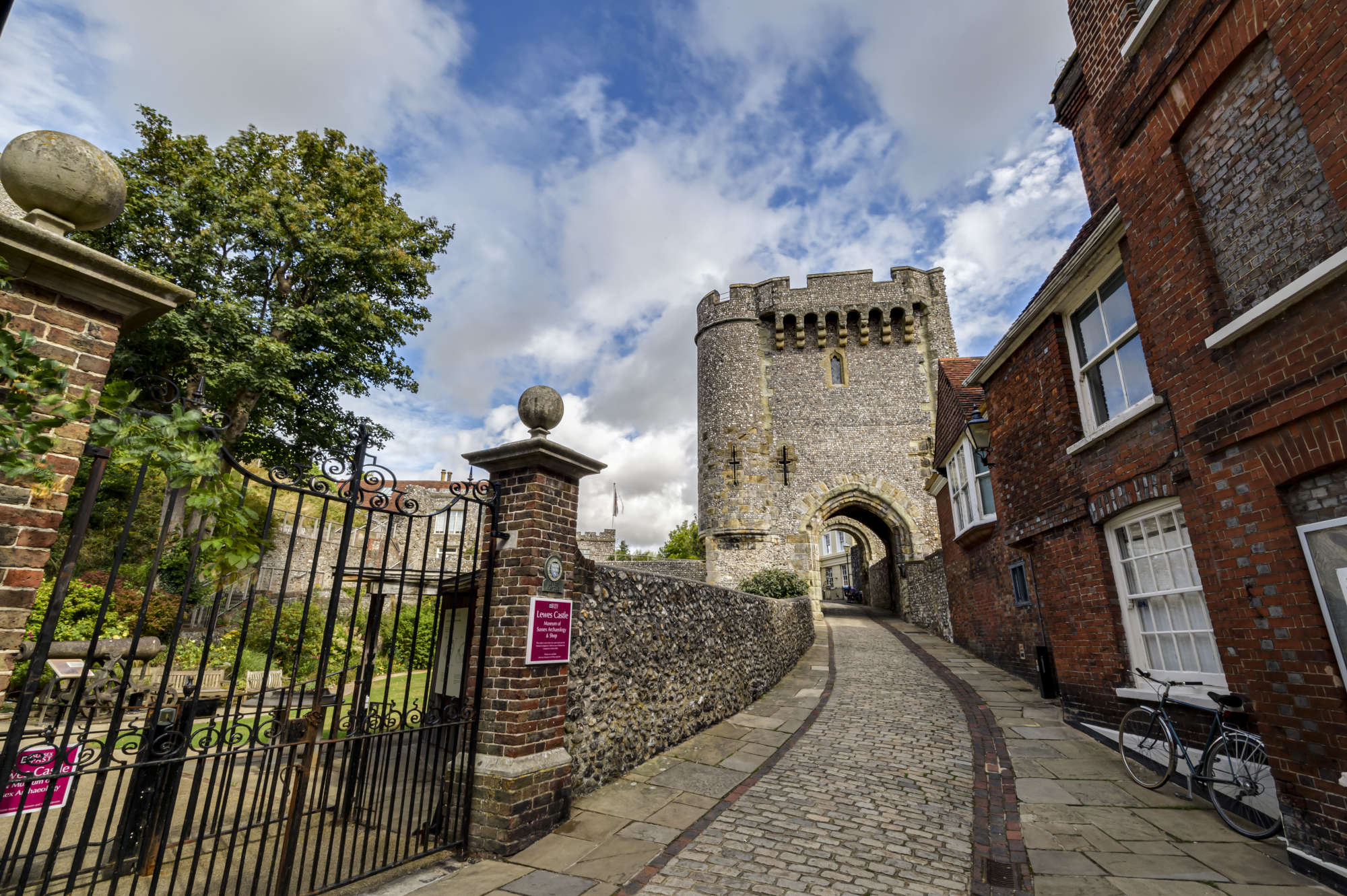 Lewes Castle is an imposing castle that the Norman conquers built on a hill in Lewes above the River Ouse. The solid flint walls are broken by small windows and the cross-shaped arrow slits and topped by crenelated parapets. In the summer, the garden in the centre of the castle is a colourful spectacle.
Barbican House Museum is a remodelled mid-19th century house that stands right next to Lewes Castle and is home to fine archaeological and art collections. The grand old house, with its galleries, library and central location make it a great choice for historical filming and photography.
See more images of Lewes Castle and Barbican House Museum
Michelham Priory House & Gardens
Our location manager’s summary: “An all-in-one solution for fashion or clothing shoots or an easy-to-manage feature location for film makers.” 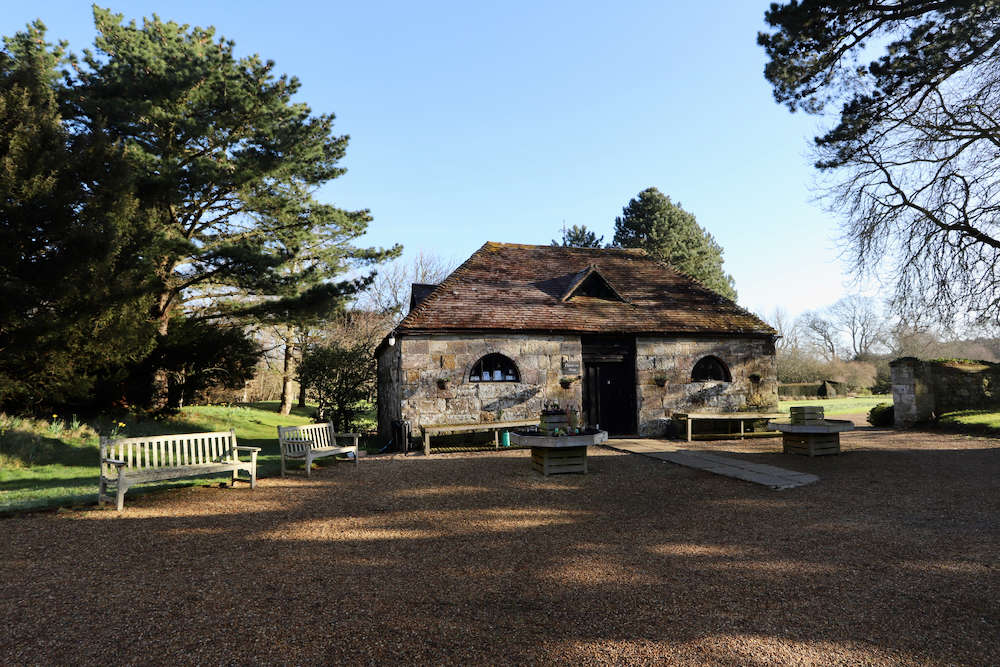 This elegant T-shaped Tudor priory house is set on an island surrounded by a medieval moat in the Cuckmere Valley. Features include stunning grounds, a restored water mill, an oak beam Great Barn, attic, wood and parquet flooring, stone fireplace, wall panelling, exposed beams and timber frame barn. With its charm and many original features and furniture, this is a stunning and authentic location for historical filming and photography.
See more images of Michelham
The Long Man of Wilmington
Our location manager’s summary: “Need a quirky and unusual feature for your documentary or film? This historically intriguing chalk monument on the green slopes of the South Downs, may be perfect!” 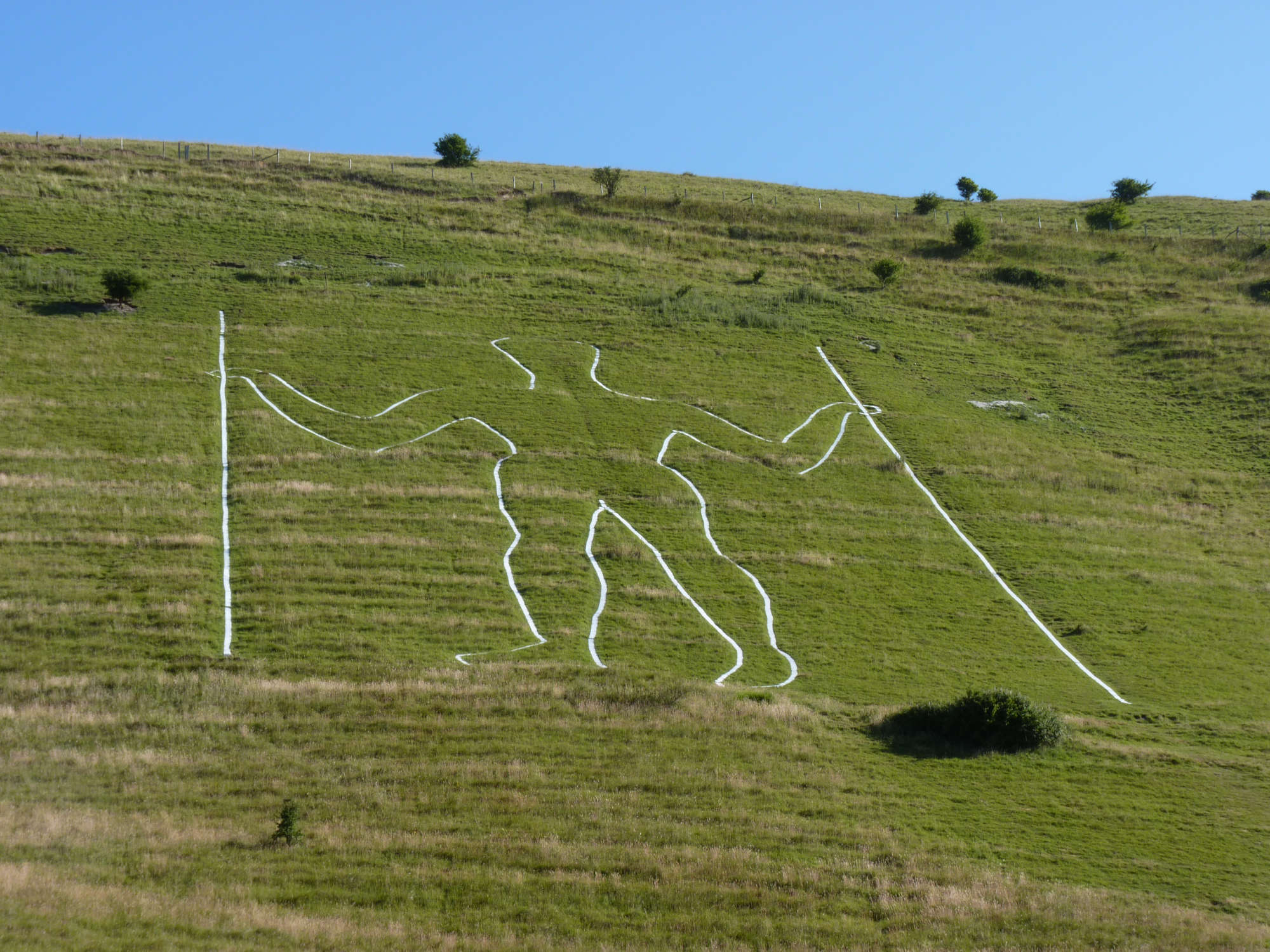 Dating back to at least 1710, the Long Man of Wilmington is an iconic hillside monument and Europe's largest portrayal of the human form. It is visible from many miles away.
See more images of The Long Man
Anne of Cleaves House
Our location manager’s summary: “A fabulous medieval timber-framed house and Tudor garden that features a Tudor kitchen, a parlour and bedroom with a striking fourposter bed. Good for period filming. It’s easily accessible from major roads and is less than 30 minutes from Brighton or the beaches of the South Coast.” 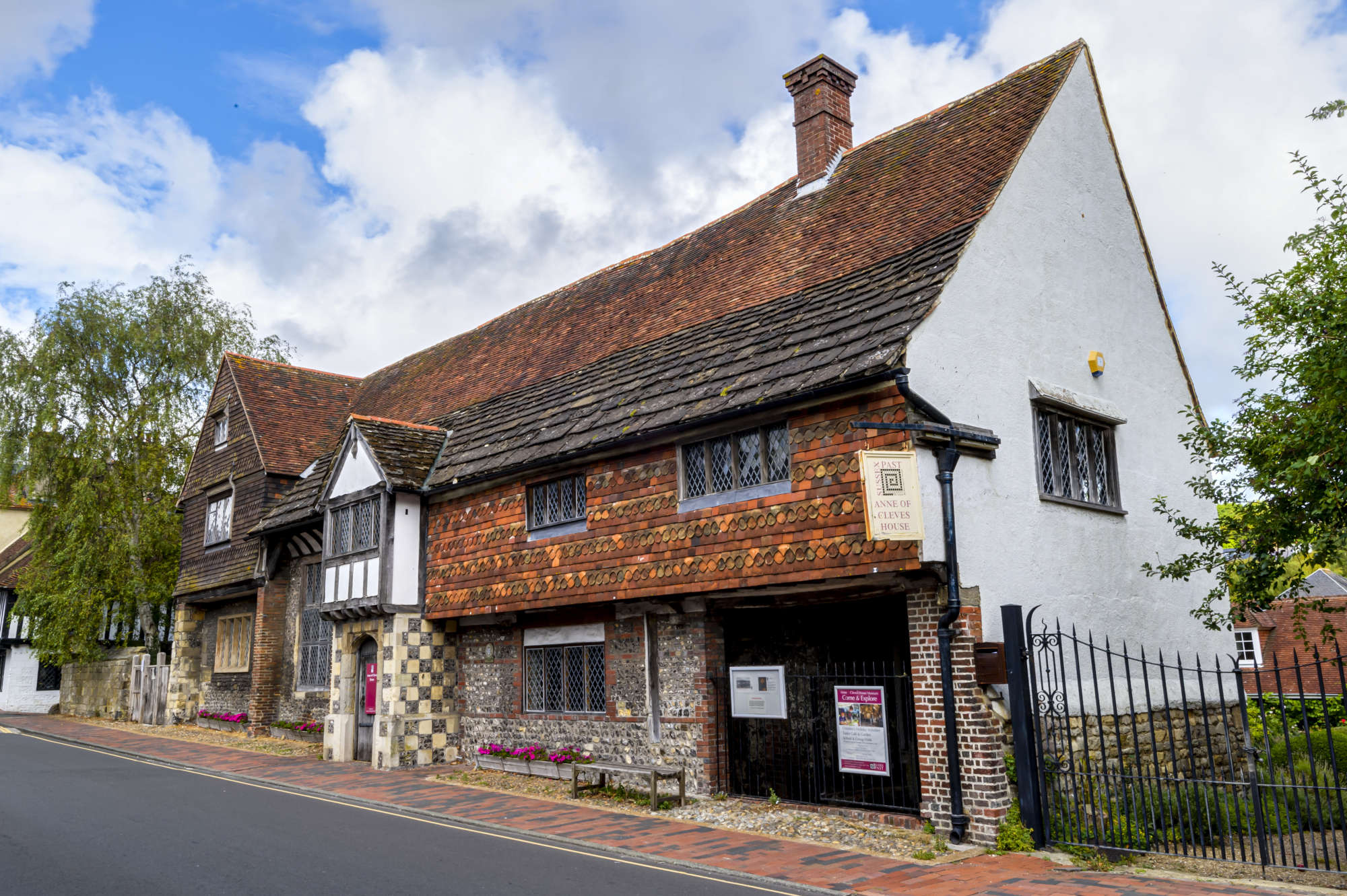 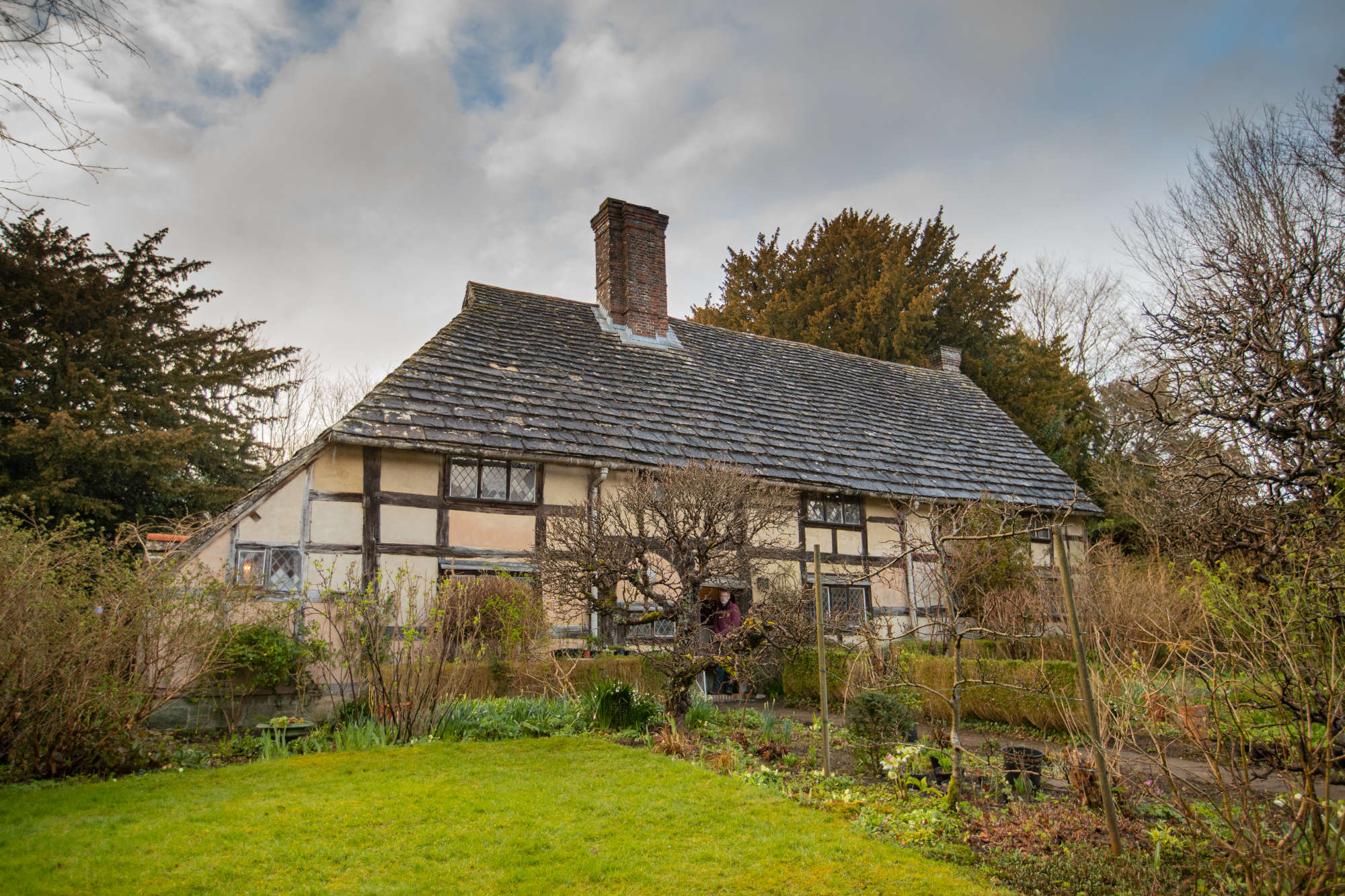 The Priest House is a Tudor country cottage on the edge of Ashdown Forest roofed in rough-hewn slate. Surrounded by a traditional cottage garden, it also has an extensive herb garden. Inside it is furnished with simple 17th and 18th-century furniture in parts.
See more images of the Priest House
Fishbourne Roman Palace & Gardens
Our location manager’s summary: “A must for the documentary film maker. There’s plenty of parking space on-site too.” 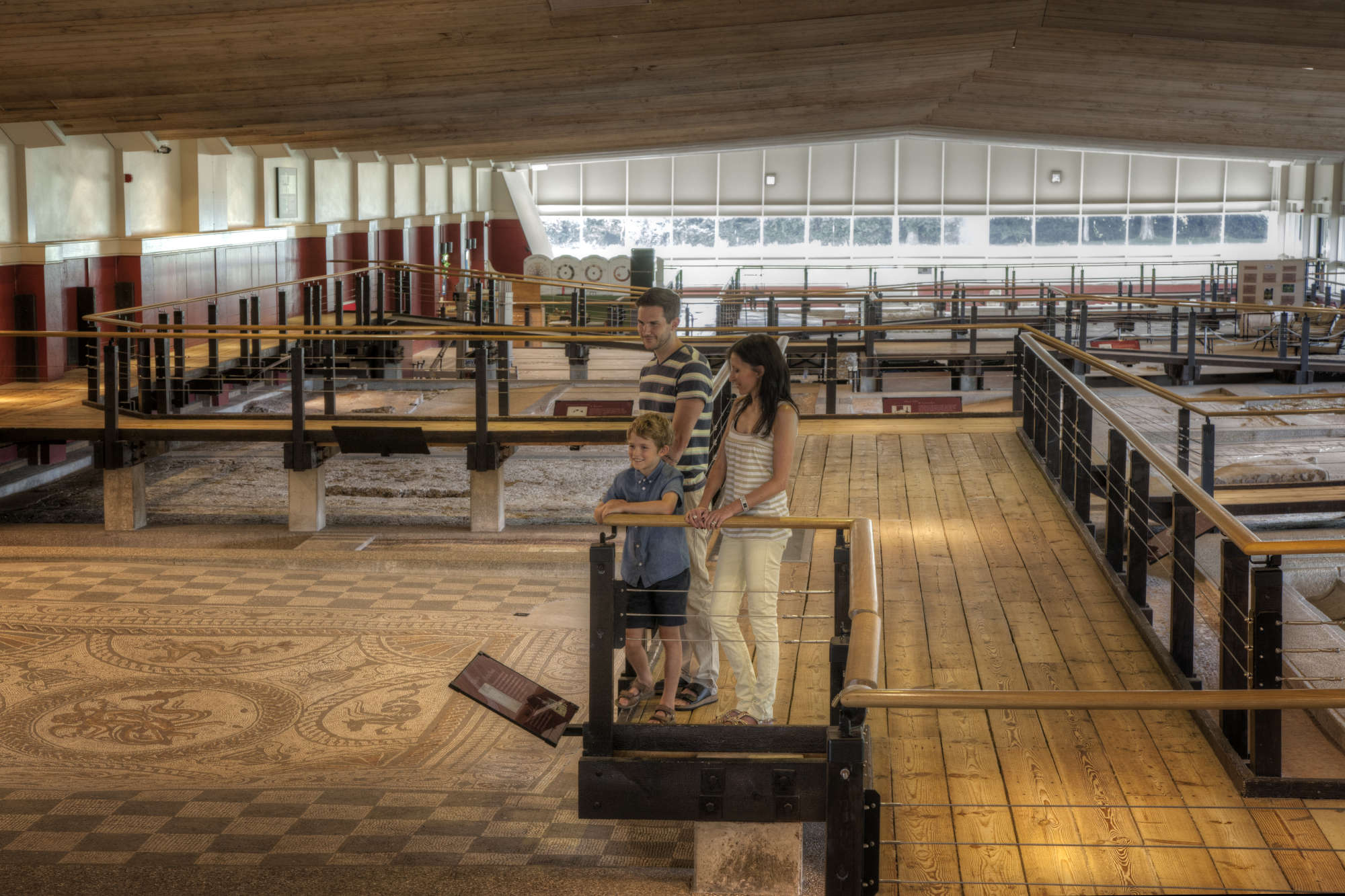 Elaborate floor mosaics are the main feature of this site, where the largest Roman home in Britain once stood. The mosaics have been preserved in-situ and are protected from the elements in a large hall. The museum also houses a collection of Roman-era artefacts and outside is recreation of the Roman Garden, which is the earliest garden in the country.
See more images of Fishbourne
Have any questions about filming or photographic shoots at any of these historic English film locations? Want to arrange a recce?
Get in touch and speak to John or another member of the team directly.
This website uses cookies as explained in our Privacy Policy.